Collage, cut and pasted serigraphs, printed in dye, on board.

Produced during the Independent Group period (1952-55). This collage shows similar images, forms and motifs to other works produced by the Hendersons with Paolozzi during the early 1950s.

Similar pieces were shown at the series of exhibitions that the group organised, including the Parallel of Life and Art exhibition at the ICA, 1953. This collage is likely from one of these exhibitions.

Unusually, however, this piece is not merely abstract as in the works from 1951 and 1952. This 1953 work shows an interesting development with increasing use of figurative forms, and appears to align with early British Pop Art works by artists such as Richard Hamilton who began creating similar collages a few years later in the mid 1950s.

Similar examples are in the colelctions of MOMA and Tate Britain. 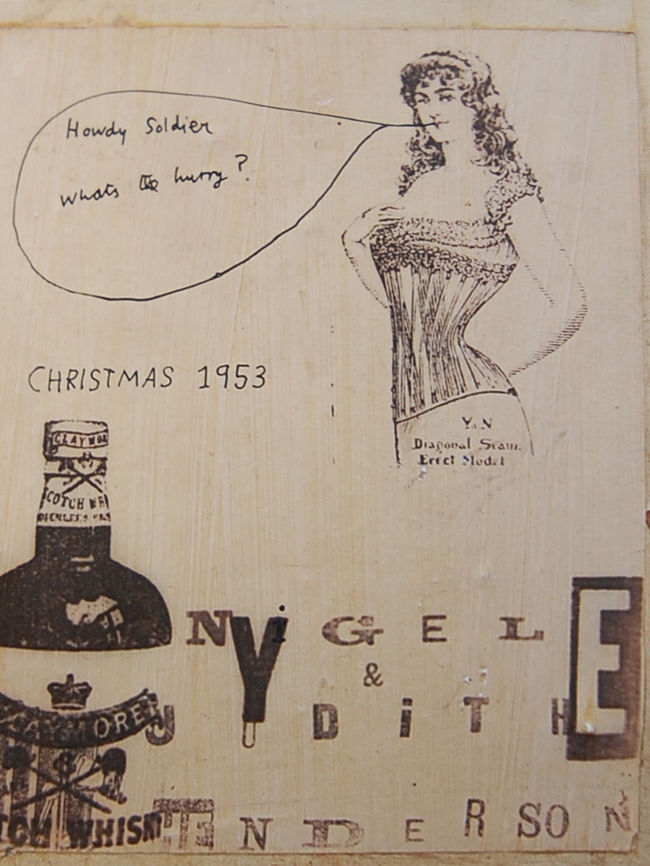